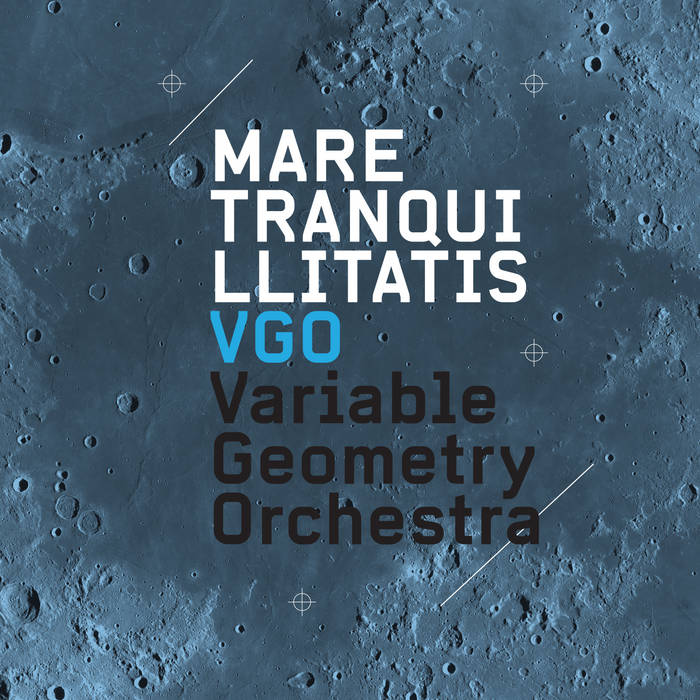 […] To conclude the linked set of three entries opening this renewed page, then, and to continue a June entry surveying recent work from Rodrigues (e.g. Krypton), there are still more albums I want (at least) to note: Not only is there more from larger ensembles such as Variable Geometry Orchestra (now with Mare Tranquillitatis, consisting of one track of around a half hour, on which Rodrigues himself does not play an instrument, but "only" engages in conduction, forging various "episodes" around instrumental subgroups) & the more modestly sized Octopus (now with Cyanea, a sparse & watery album under a half hour in length, following Mimus & Dofleini as described here in January, but with some ensemble changes) — both from CreativeFest #12 last November […] Todd McComb's Jazz Thoughts

Unquestionable opus magneum of Ernesto Rodrigues & Co. Variable Geometry Orchestra gathers cream of the cream of the Lisbon scene, including such personalities as Guilherme Rodrigues, Miguel Mira, Bruno Parrinha, José Lencastre, or Miguel Almeida. The ensemble includes also intetnational stars, like Ramón López. "Mare Tranquillitis" is a 30 minutes long piece, combining composed parts, free improvised parts and improvised conducted parts. It has to be compared with the best of the recordings of the Discordian Community Ensemble and/or Discordian Community Orchestra, as well as "classical free improvising" bib bands: from Cecil Taylor to Mats Mats-olof Gustafsson and Paal Nilssen-Love. It is a live recording at O'Culto da Ajuda, Lisbon, produced by Ernesto Rodrigues.
It is a monumental piece of music with changing moods (from majestic to chamber) and dimensions (from large ensemble collective parts to small groups). What is for me especially appealing is that all instruments and all members of the band have perhaps short, but their own moments there are practically always some leading instruments in the collective playing. At the same time it is an ingenious collective e ort, where every element is a part oif the emergent whole.
Mare Tranquillitatis (Latin for Sea of Tranquillity) is a lunar mare that sits within the Tranquillitatis basin on the Moon. Mare Tranquillitatis "was also the landing site for the first manned landing on the Moon on July 20, 1969, at 20:18 UTC. After astronauts Neil Armstrong and Buzz Aldrin made a soft landing in the Apollo 11 Lunar Module nicknamed Eagle, Armstrong told flight controllers on Earth, "Houston, Tranquility Base here. The Eagle has landed.". Perhaps, Ernesto wanted to celebrate with this recording the 50 anniversary of the landing? De finitely, the music combines tranquillity with the top levels of expression and feelings. Great record!!! Maciej Lewenstein

A dynamic and exciting concert captured during the 2018 CreativeFest XII of a conduction by Ernesto Rodrigues leading an ensemble of 28 free improvisors performing on a mix of traditional acoustic & modern electronic instruments, plus a toy piano, with powerful wind & string sections, as Rodrigues directs the musicians into both passionate and peaceful sections. Squidco

The "Mare Tranquilitatis" is the "Sea of Tranquility" on the moon. It is the place where the first moon landing took place, 50 years ago. It is unclear whether the album in any way wants to join the celebrations of this event, since the performance itself was recorded live recording on November 10th 2018 at O'Culto da Ajuda, Lisbon, during the CreativeFest XII.
We've reviewed albums by the orchestra before, and I think this is one of their best. Ernesto Rodrigues, acting as the conductor of this large ensemble, leading his 28 musicians through sonic soundscapes that alternate between light-textured minimalist moments to dense and dramatic eruptions of sound, does it with verve. The music's unpredictability and especially the cohesion of the orchestra within this unpredictability is fascinating to listen to, and a testament to Rodrigues' skills to move the music forward along his wishes. This is no small feat.
But what does "Variable Geometry" mean? In the European political context, it refers to different levels of cooperation between countries in the European Union (like their willingness to participate in the Schengen zone, or participate in the common euro currency). It means integration and participation at different speeds and levels. In the context of aerodynamics, it means that an airplane may change the configuration of its wings during a flight. Whatever the real and original name that triggered Rodrigues to use the term for his orchestra, the concepts of collaborative difference, of changing dynamics and openness to variation appear essential.
The orchestra's sound is a collective sound, one that avoids solo voices, and even if they are discernable at times, often in short phrases and shouts, emanating from the voluminous mass of the orchestra's groundswell, they are more like birds straying from a flock to return before you've noticed their separate movement. The sound is not about the voices, it's about the total sonic experience of changes in depth and intensity, the dynamic swirling of sonorities and pitch, the flowing of harmonies and dissonance, of unity and chaos.
In case you wondered, the "Mare Tranquilitatis" may be tranquil at some moments, and there's even a short span of absolute silence, yet there is more to it than tranquility. It's worth the trip. Join us to the moon. Stef (The Free Jazz Collective)